Welcome to the Board, Ryan Kreager! 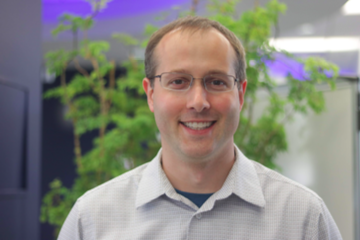 Recently joining the Winding Brook Board of Directors is Ryan Kreager who with his wife, Ashley, and three children have lived at 15678 Winding Brook Drive since 2017. He is a software developer and entrepreneur and loves to tinker with new ideas as well as improve his home. So far their kitchen and floors have been redone, a mudroom has been added, and a built-in library. Very impressive!

Ryan joined the Board because he is focused on the renewed effort with the covenant project and looks forward to sharing his skills in other areas such as a new directory. He feels that living here has been amazing and is blessed with so many great neighbors who are friendly and kind and loves that there are kids who are the same ages as his children. He says that it is easy to forget how great we have it here; it’s just baked into the culture.

Something of note is that his grandparents, Bob and Maryann Williams, built one of the first six houses in Winding Brook to be near their friends the Cressys. Their home was at 15685 Embers Drive and it is known to some in the neighborhood since it has a half-court basketball court in the basement! His grandfather played basketball for Notre Dame and wanted to pass on his love of the game to his children.