Thank You for Your Service 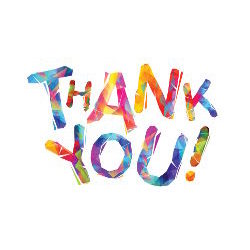 Tweet
After many years of service to our neighborhood, Mike Babcock and Brian Coffman are stepping down from the Board as their terms expire this month. Combined, these two men have spent countless hours of service to Winding Brook. We have all benefitted from them. Their list of accomplishments are lengthy and admirable.

Mike Babcock has served on the Board nine years and during that time, he has spearheaded the annual Gift to The Community working tirelessly overseeing the multiple aspects of the event which included coordinating the charities and their volunteers, seeing that all the appropriate signage was in place, coordinating the staffing of the ‘gingerbread house’ with Board as well as charity involvement and troubleshooting as needed. Mike was always ready to fill in when needed to ensure that there were no gaps in coverage. This is an enormous task each year and Mike did it so well.

Brian Coffman began serving on the Board in 2014. His electrical expertise was called upon many times to assist with various problems during his tenure. When the ‘gingerbread house’ needed rebuilding, he was there to work on it with Steve Ellis. He hosted the 4th of July party and parade and assisted in the roll out of our first Winding Brook alert system as well. Brian was always willing to share his ideas and didn’t hesitate to do the research when needed. He worked tirelessly for us all. Both of these men helped to make Winding Brook better by their service to the WBPA Board.

Thank you so much!